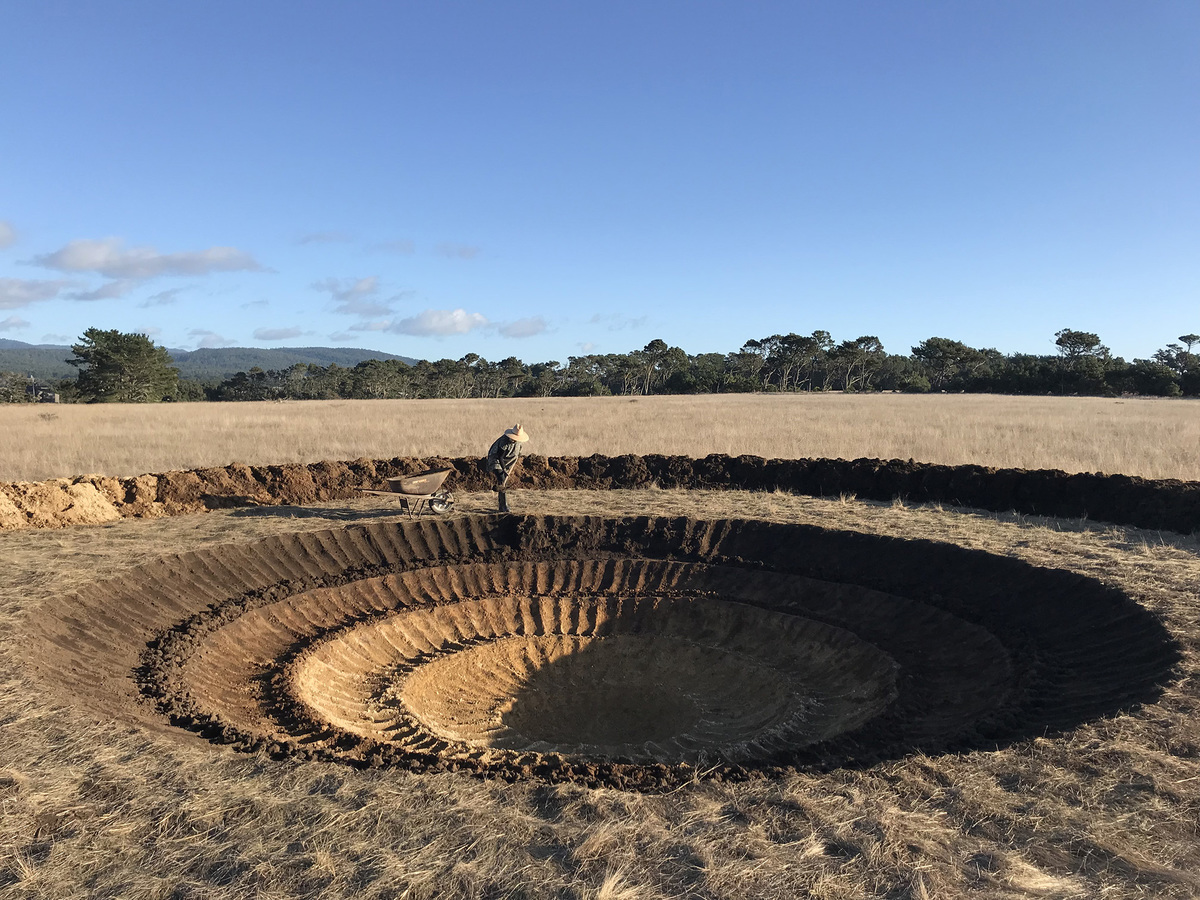 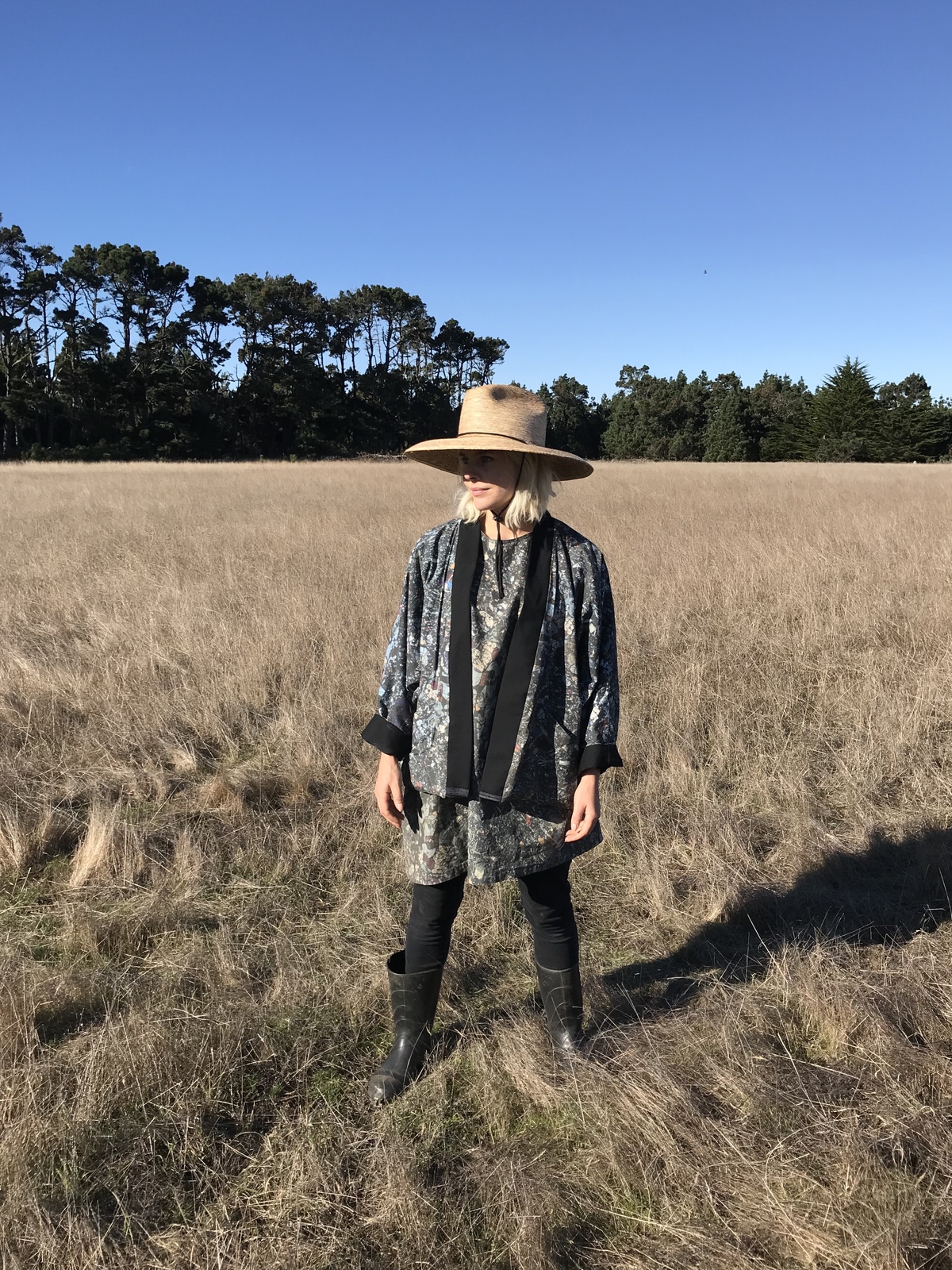 Day 30 of 30
Uniform for a Human Meteorite.
Printed from a cross section of a meteorite in the Smithsonian collection. 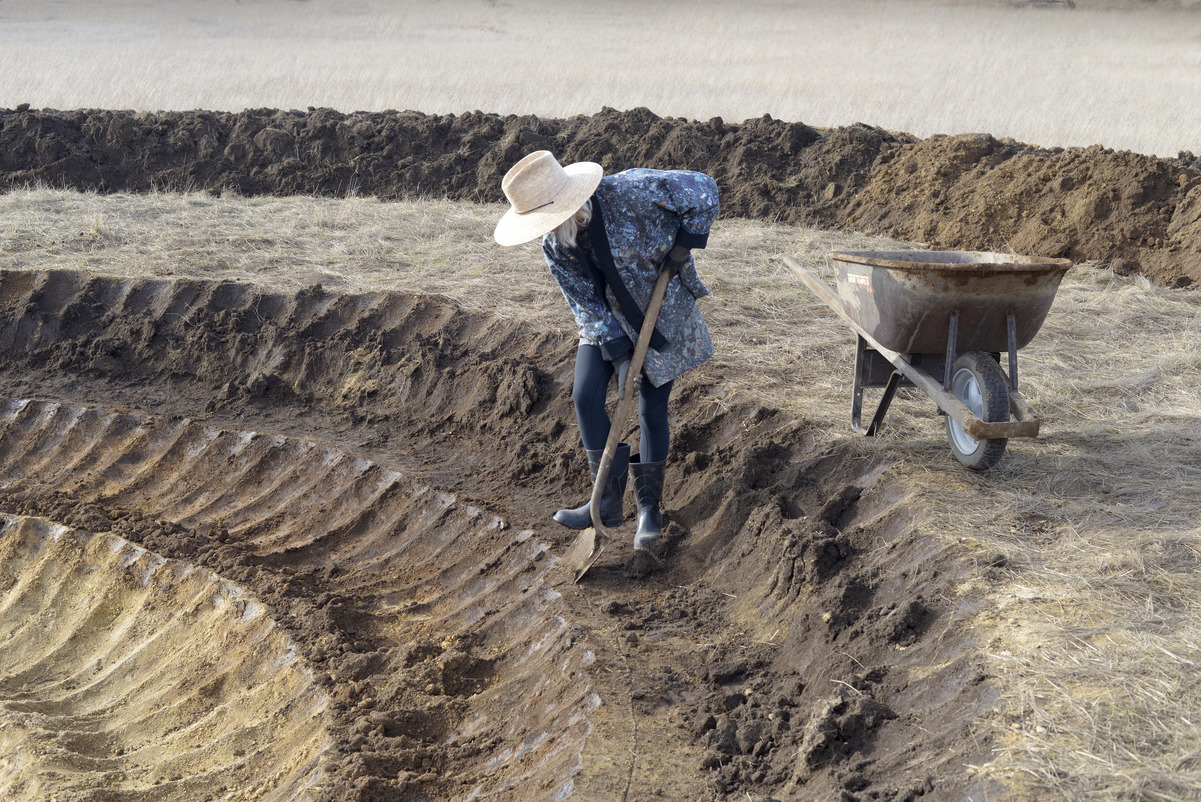 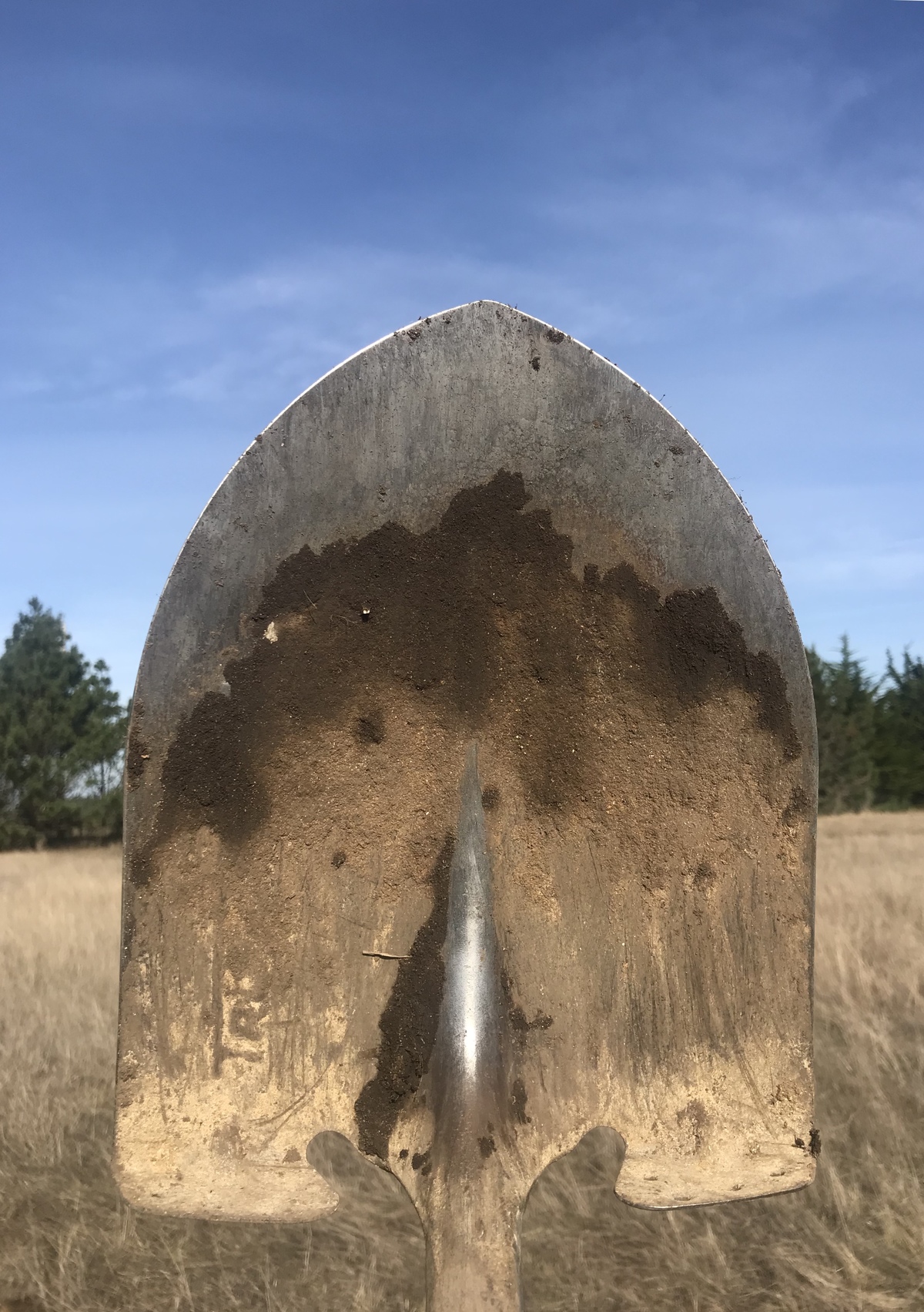 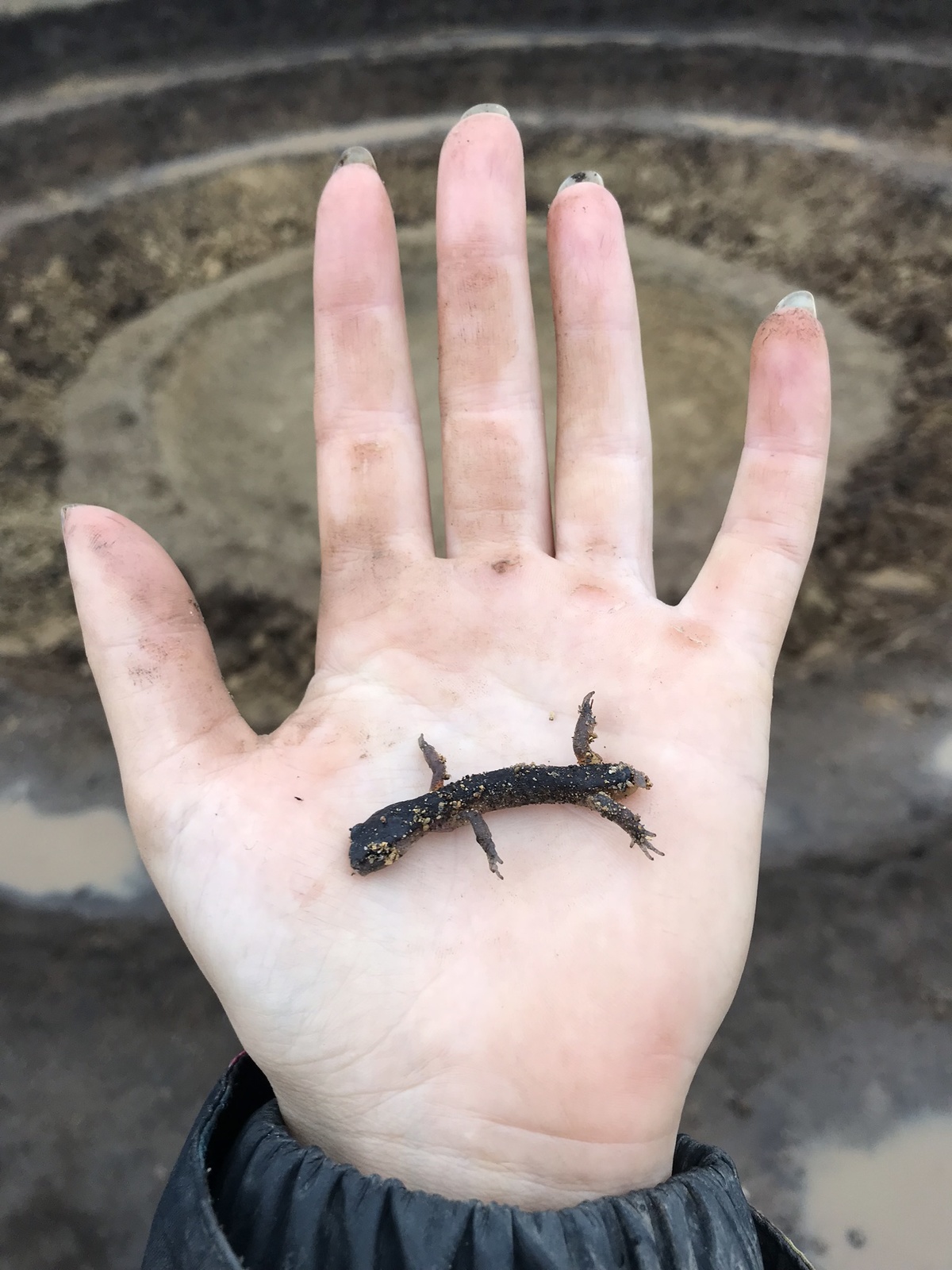 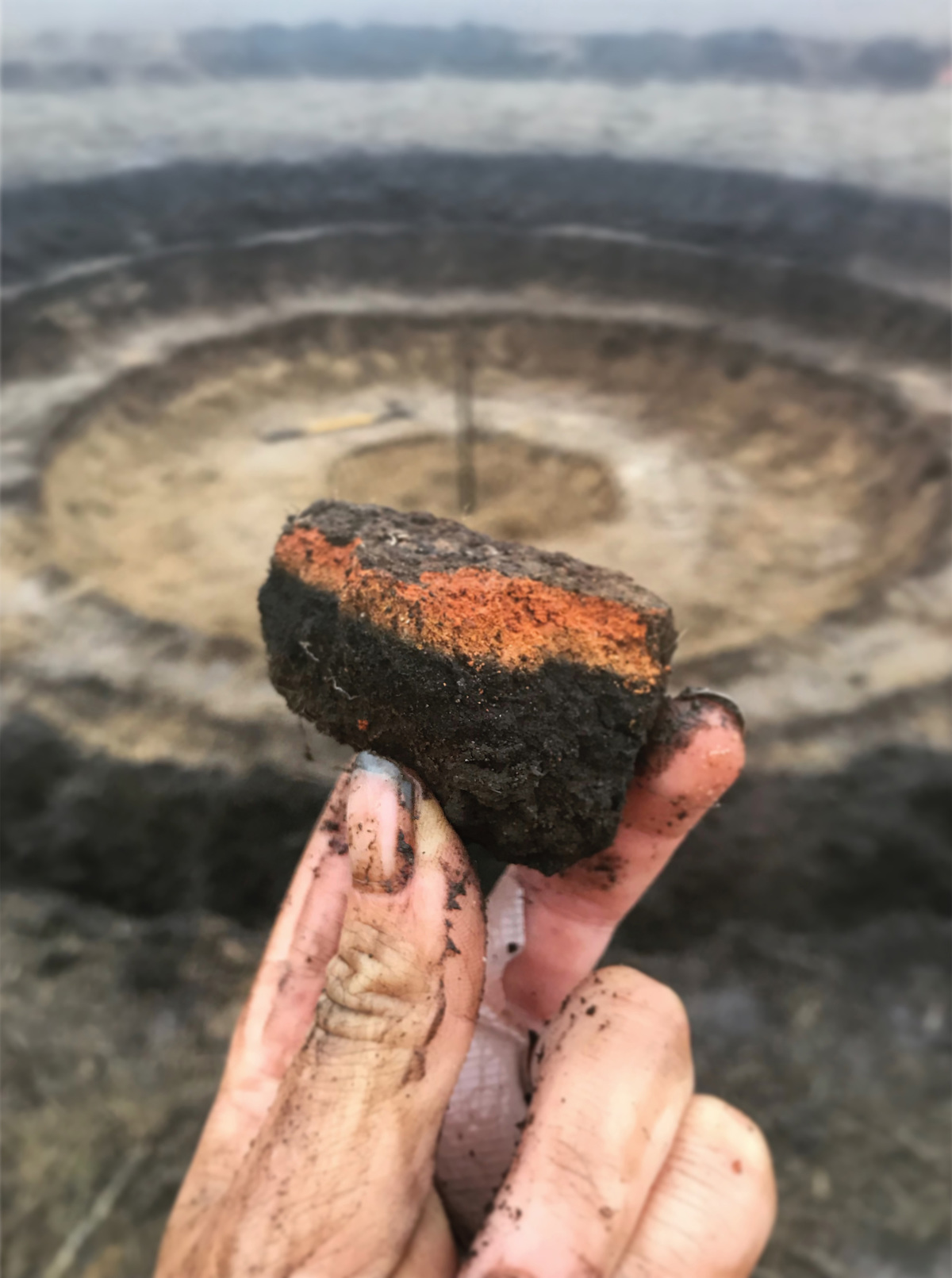 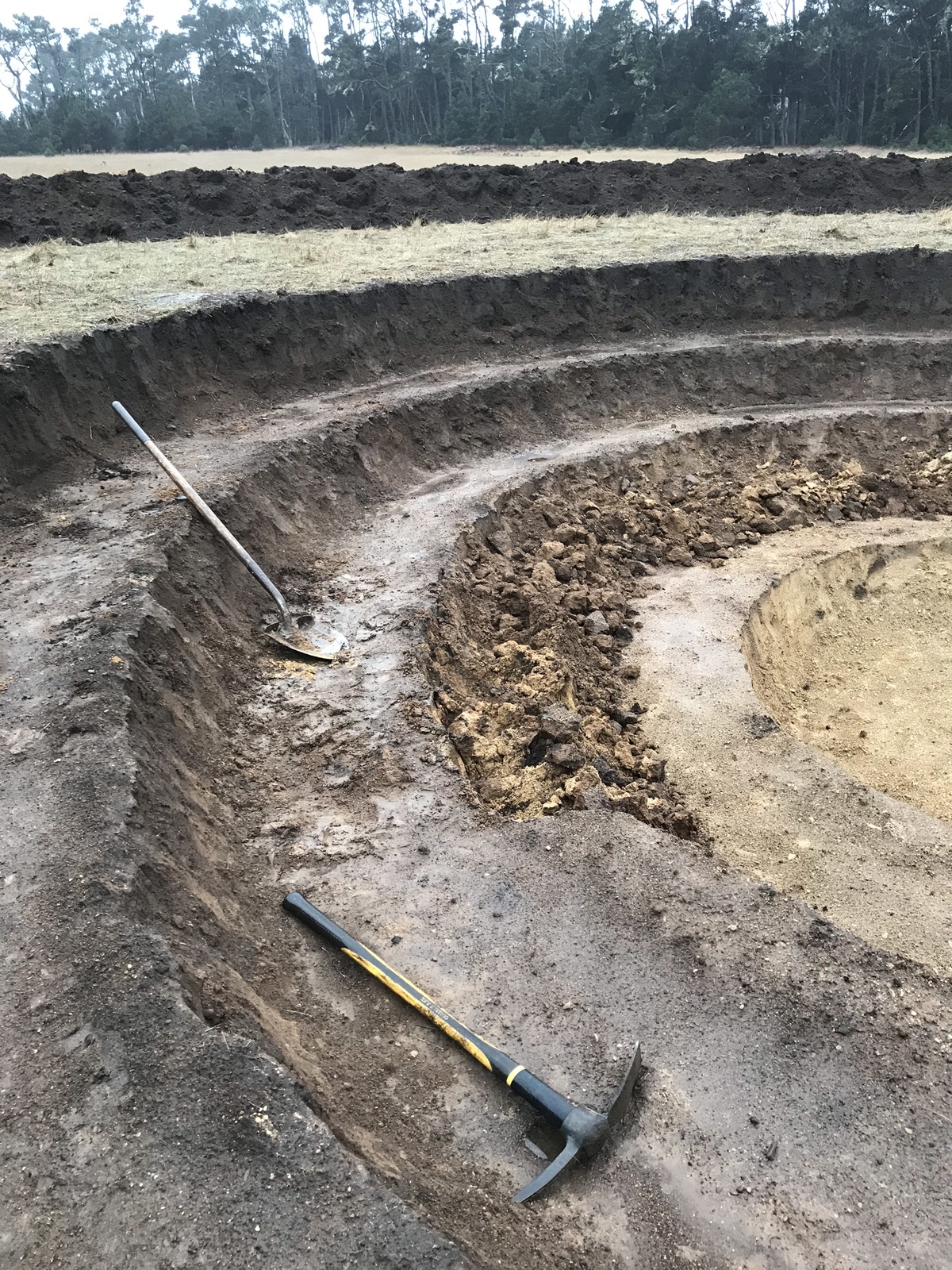 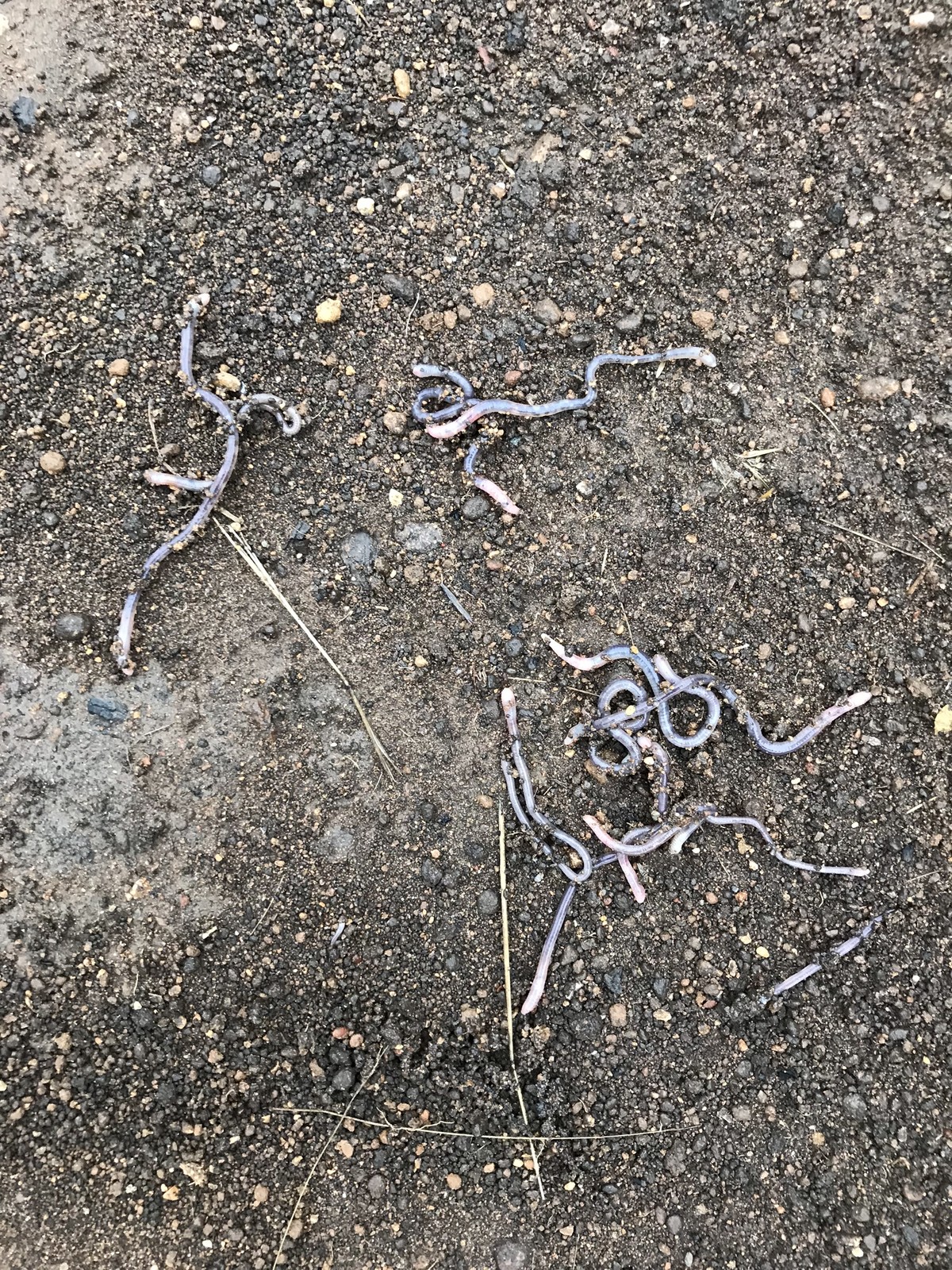 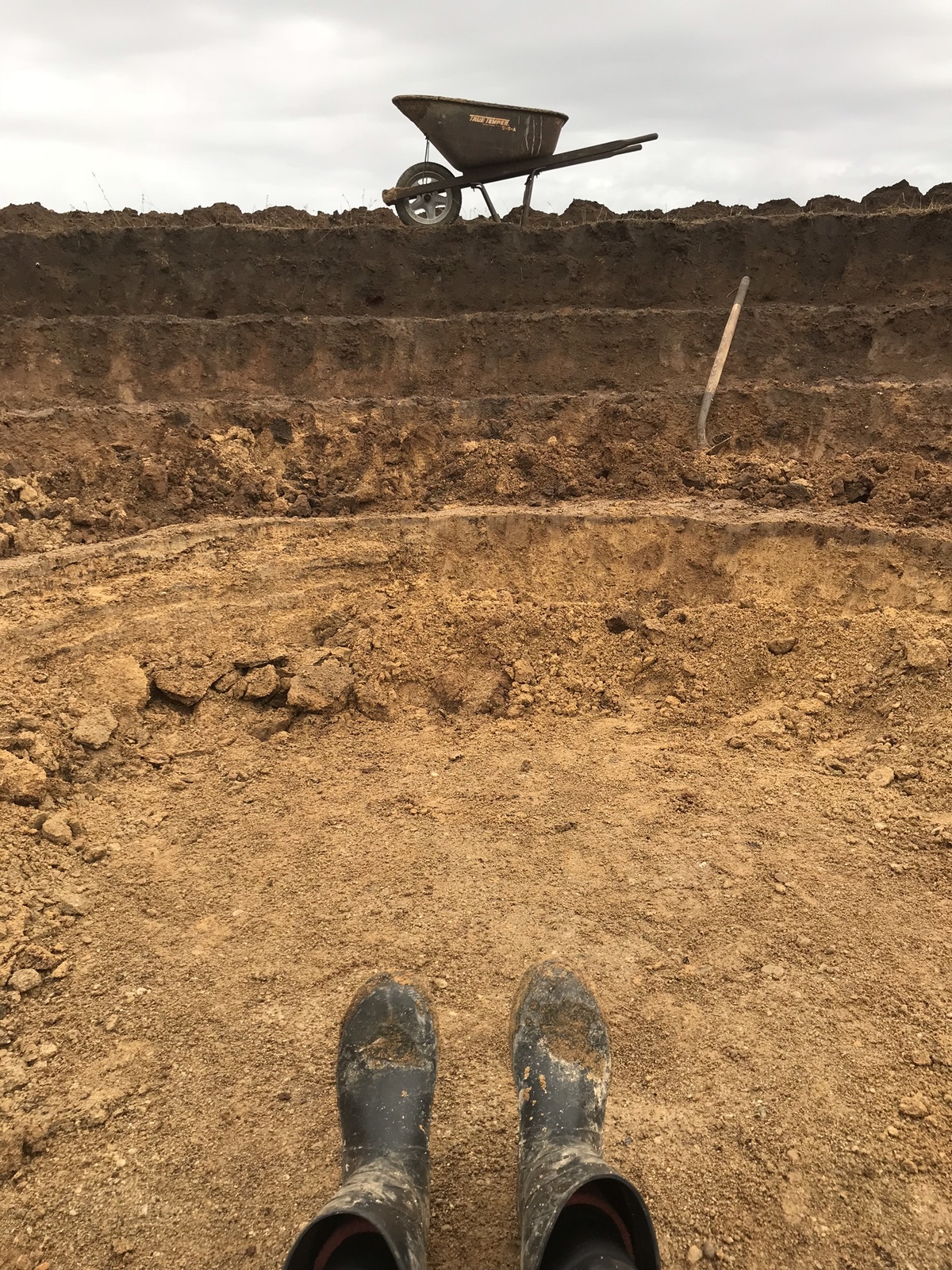 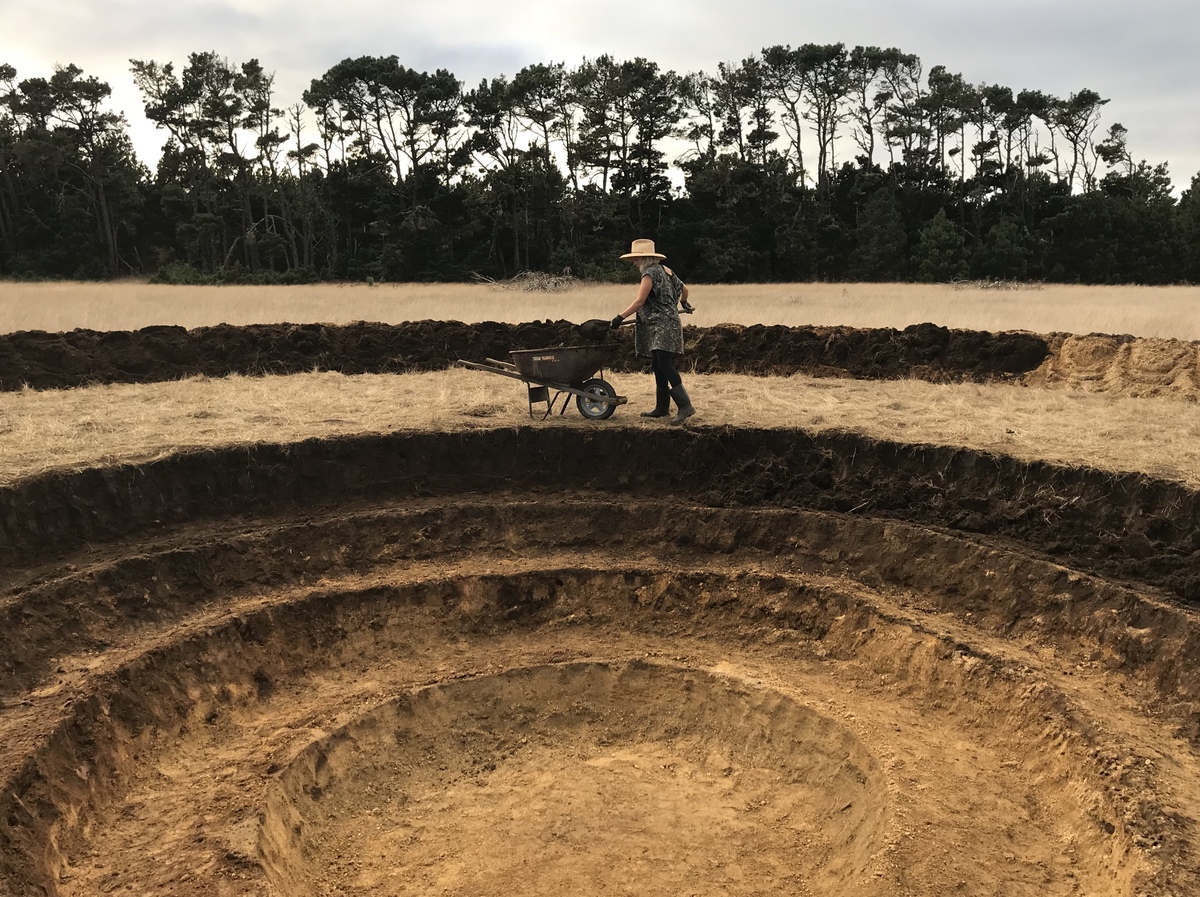 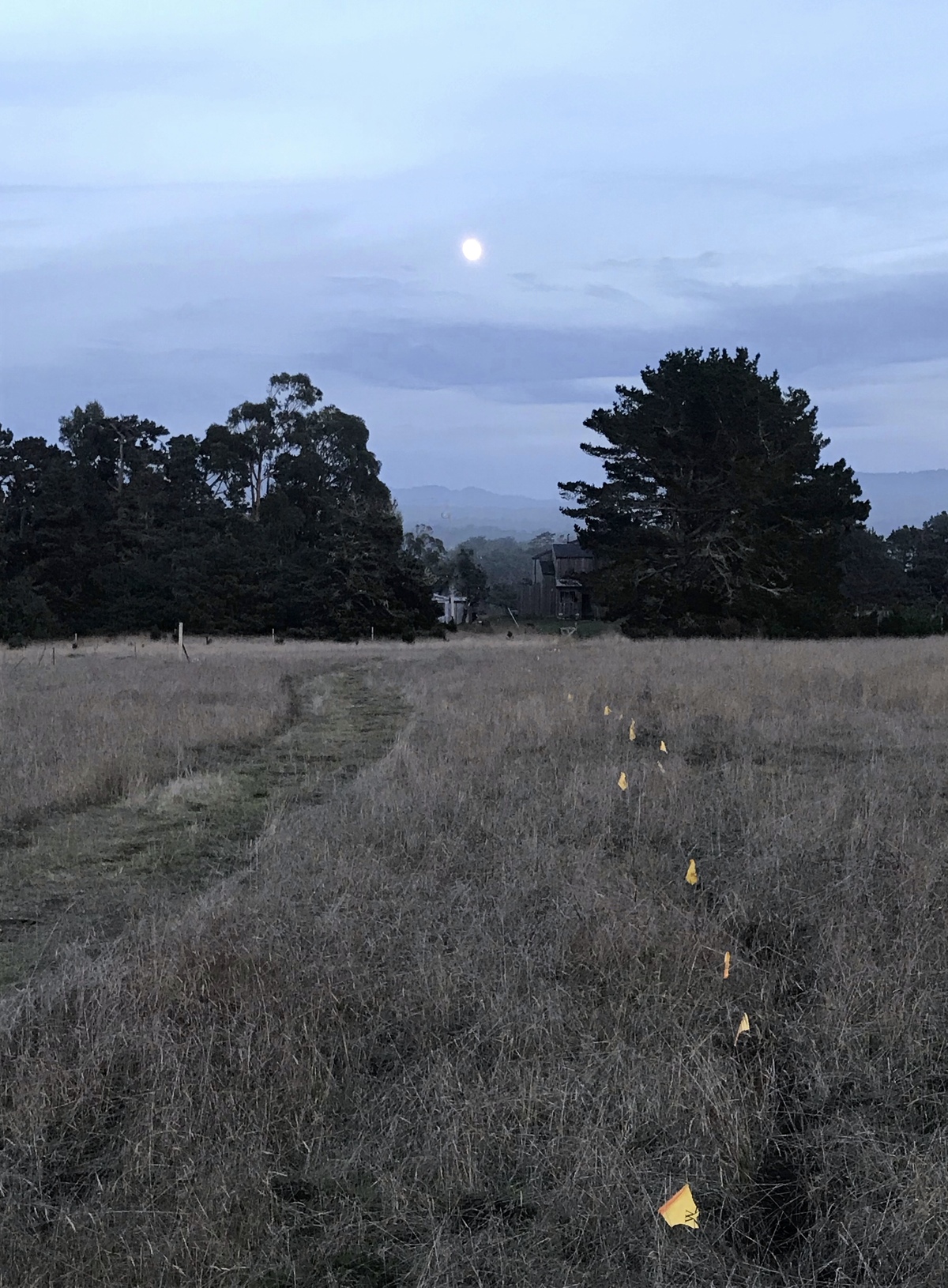 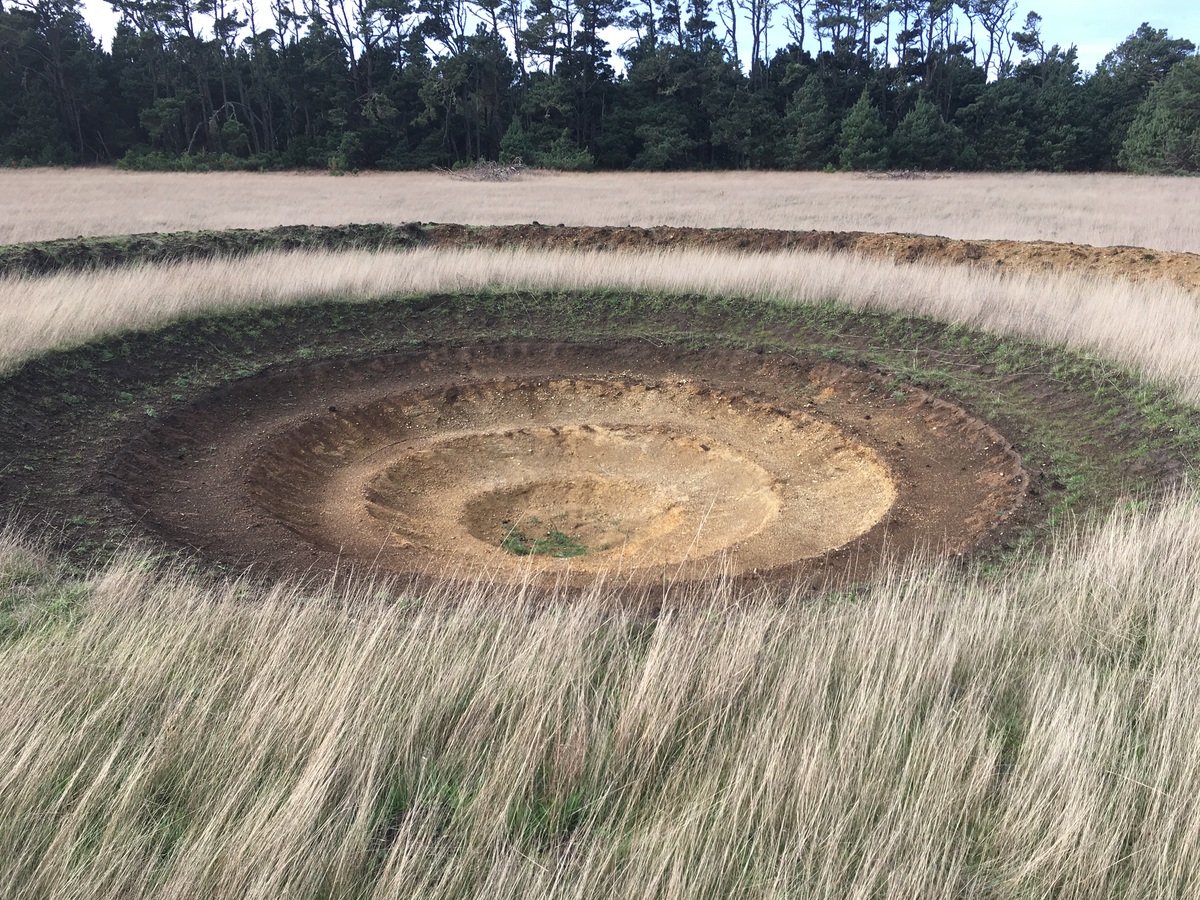 
Human Meteorite is a project about extinction and creation.

In November 2017, MacEwan dug an impact crater into the earth using only hand-tools, every day, for the duration of one lunar cycle. MacEwan gave live transmissions each morning as the Human Meteorite, via social media to a globally scattered audience, from their remote location in California. These intimate transmissions contained reflections on the physical, emotional and spiritual experiences of the Human Meteorite, and provided a window into the performance as it progressed.

"In considering how the impact of a real meteor is a force that transforms the surface of the earth instantly, I imagine myself as having the same potential energy only stretched out over a longer timeframe. Working routinely and gradually by hand, I will create the same outcome as the sudden violent act of a celestial meteor impact - reframing the catastrophe as a slow action. This work invokes the meteor collision as an allegory for our collective primal fear of extinction and accepts humans as the perpetrators of the gradual destruction that brings us closer to that end. " - Human Meteorite.

The crater that remains resides in the post-violence moment. It becomes a monument that betrays the vulnerability of our shared existence. There is hope that emerges from witnessing the persistence of the world in the aftermath of disaster. In the moment of impact, the earth itself is transformed, a wound is opened, a void is materialized, forming a space for something new to occur. The impact that remains evokes a state of being that can only be known after experience. The stillness of aftermath offers us a space for reflection about how our past became our present. What it doesn’t offer is many clues to the future.
Loading...