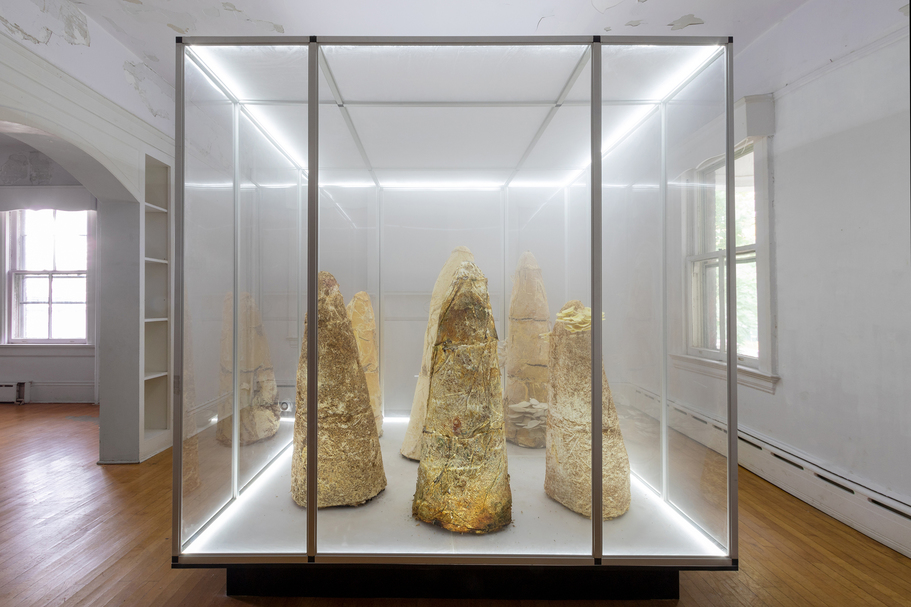 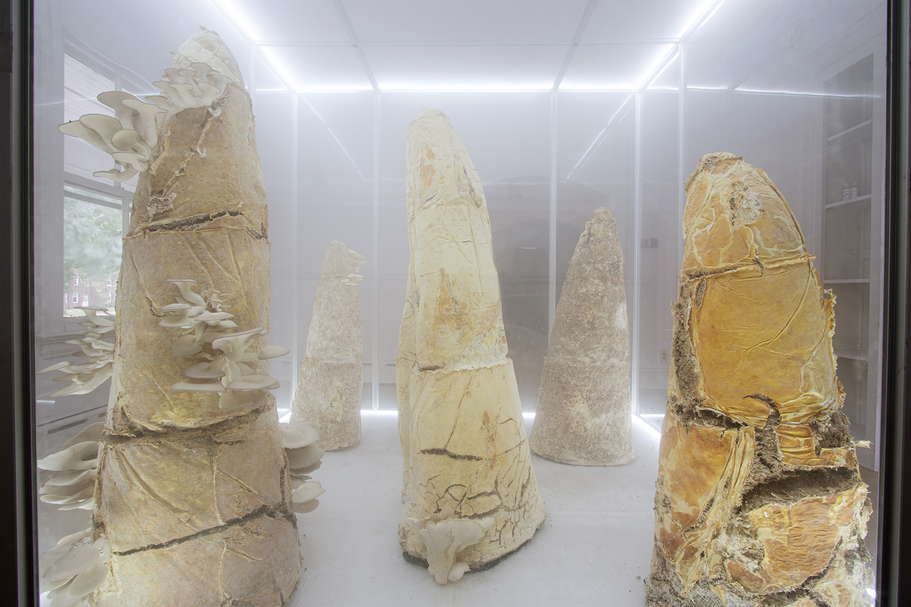 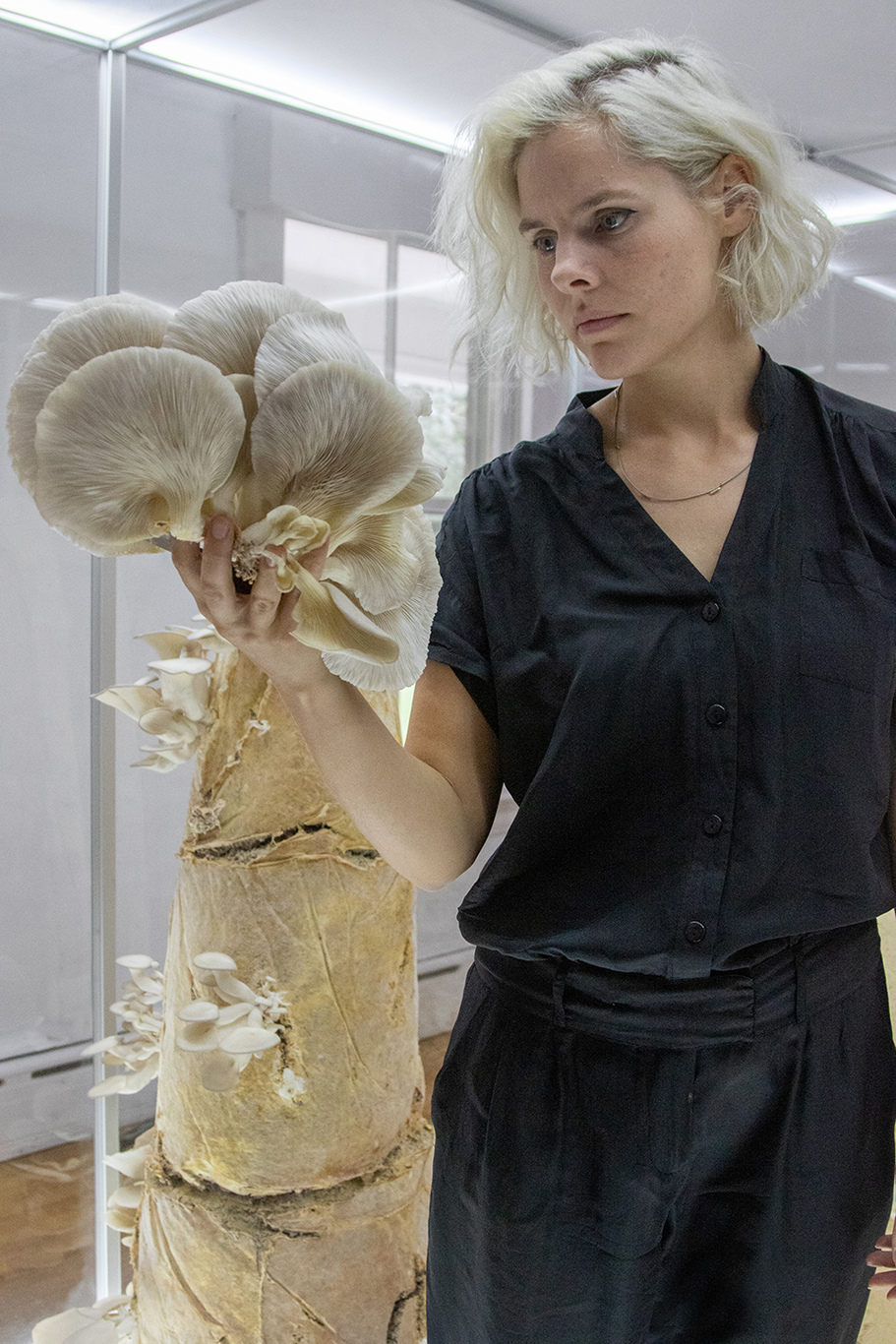 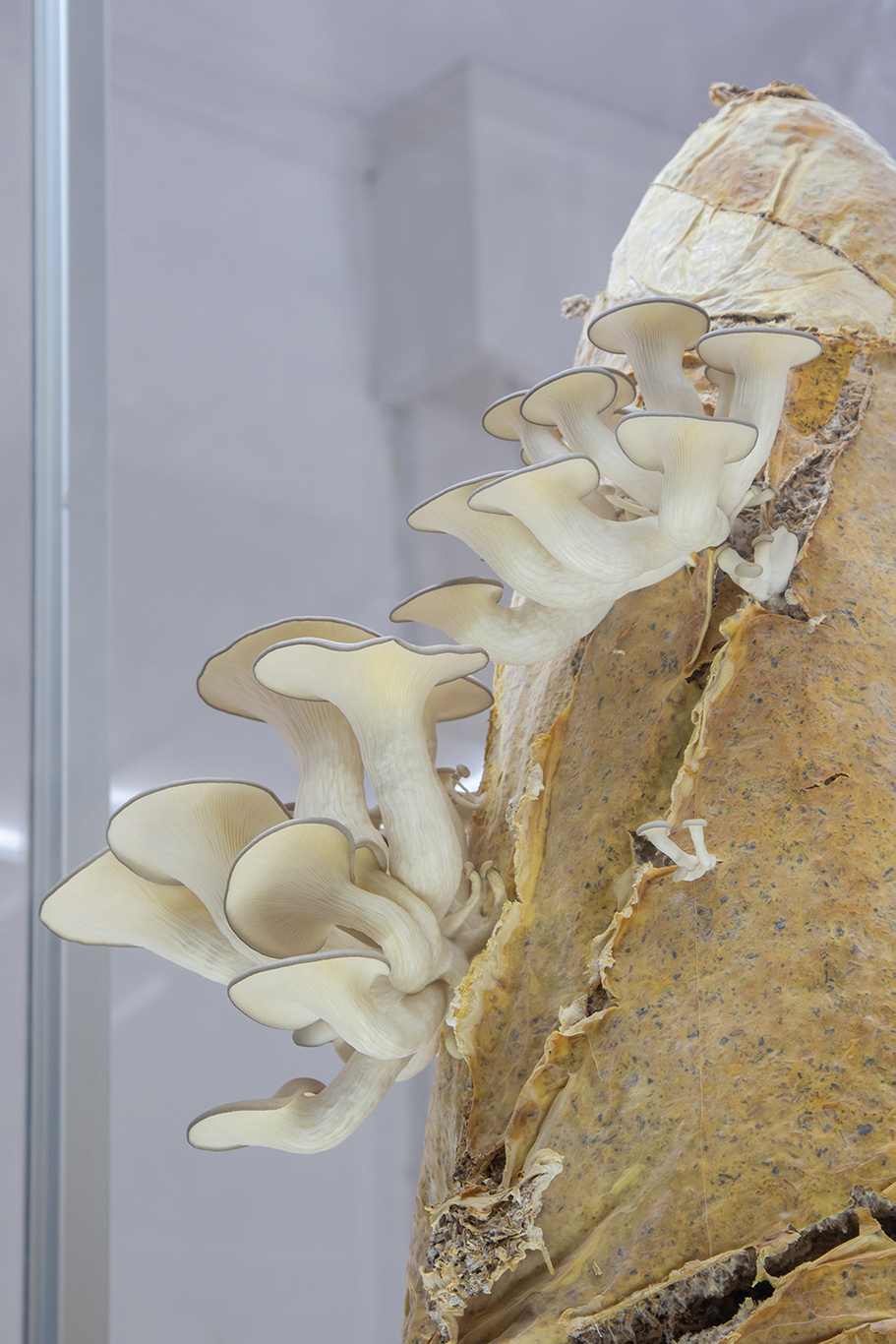 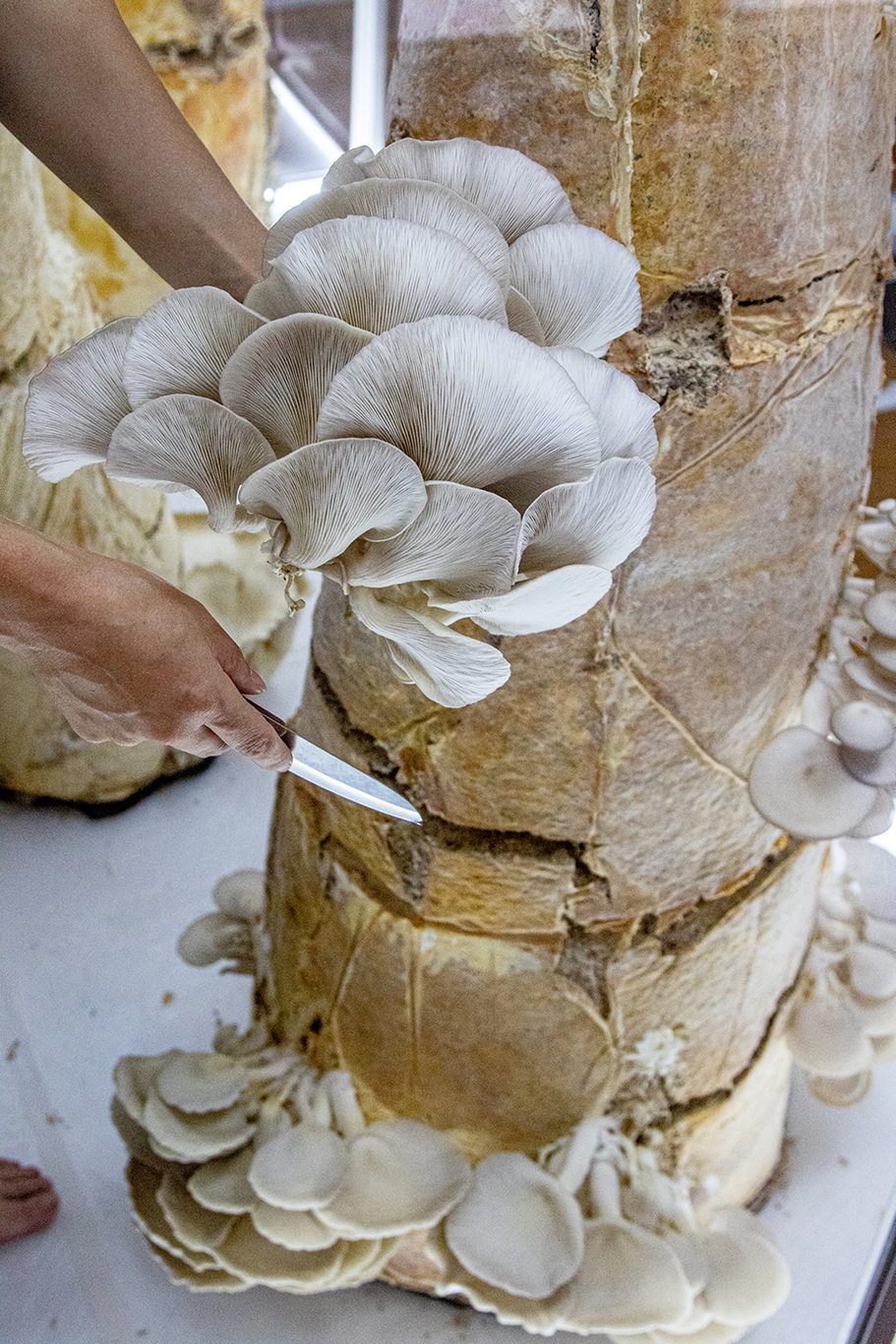 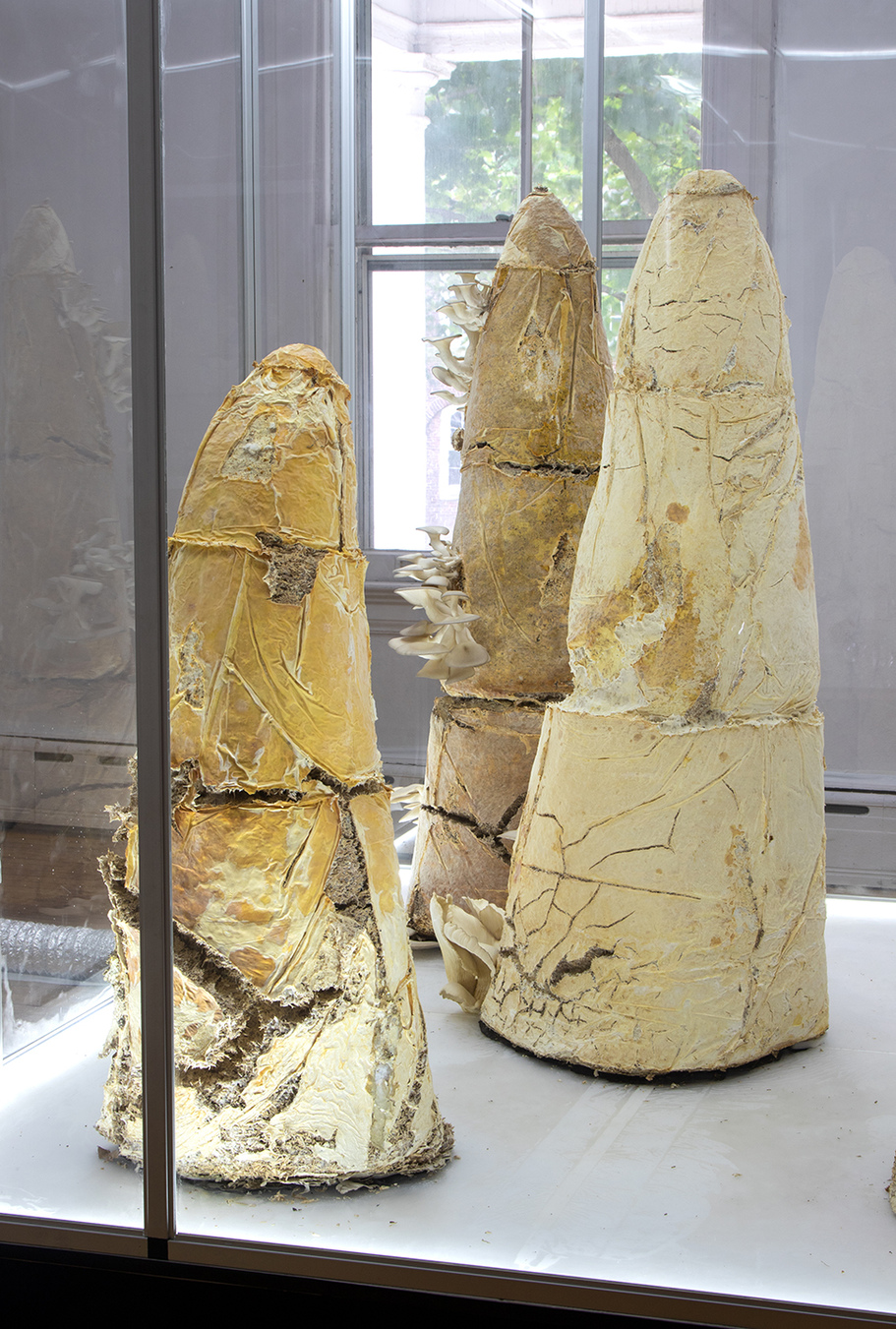 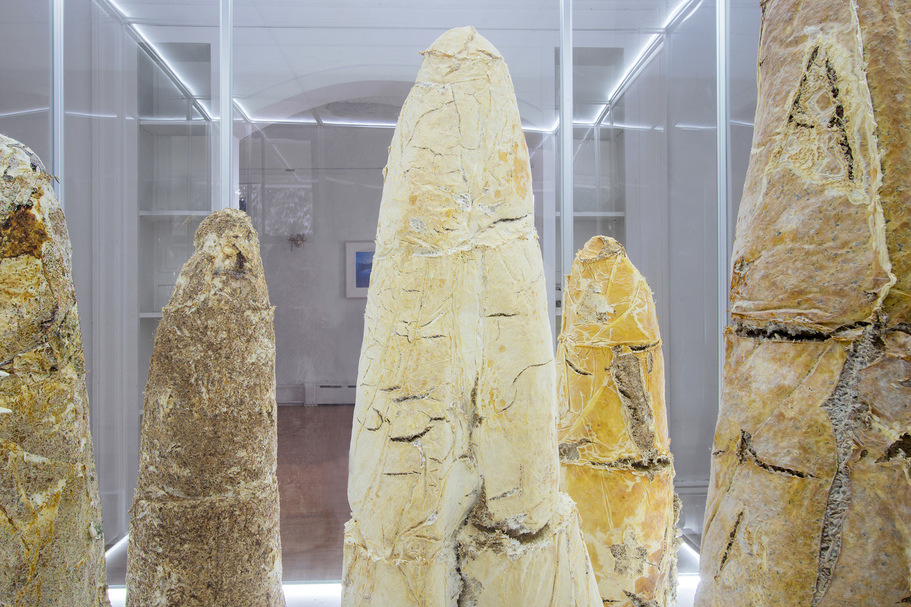 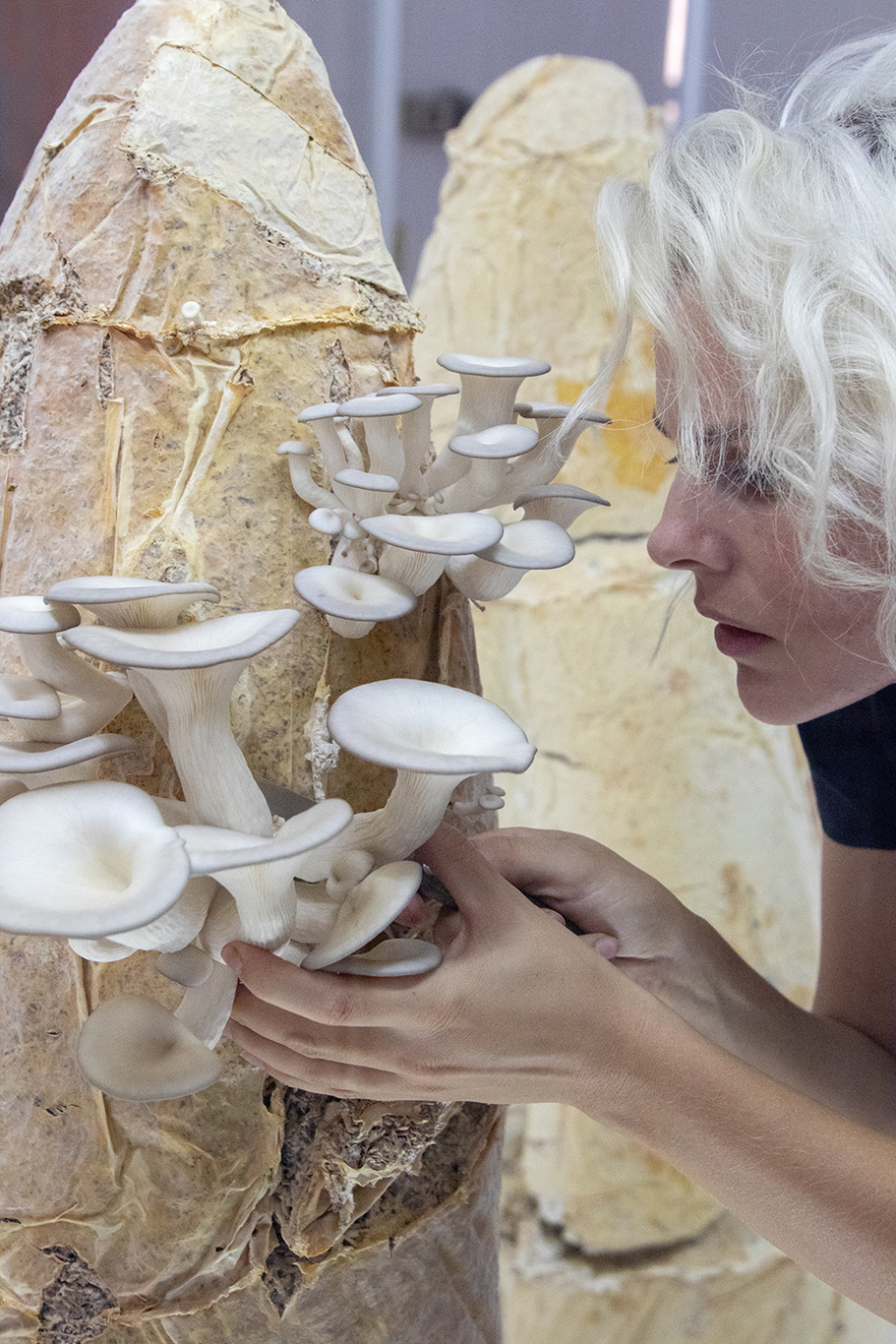 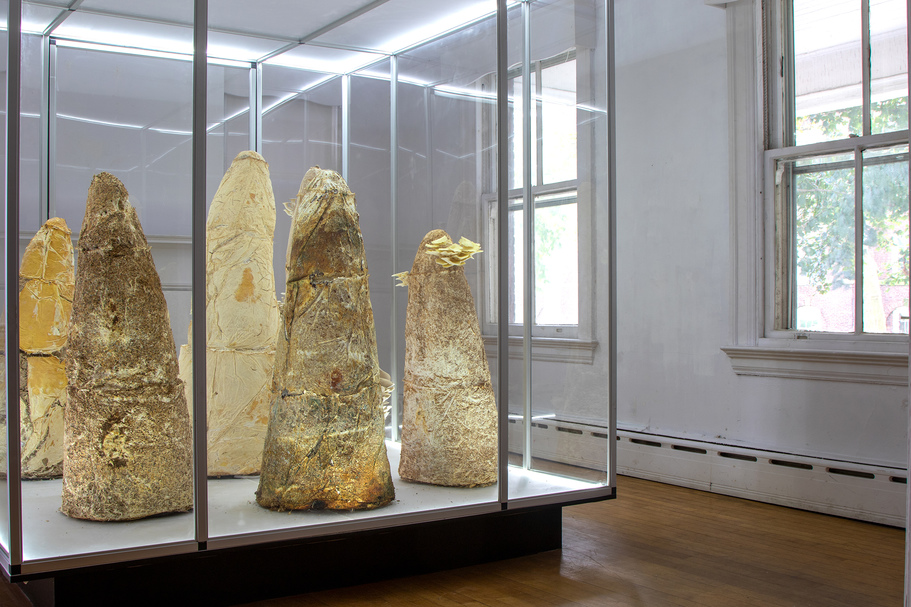 ‘Dead Gods’ is an ongoing project in which I resurrect the prehistoric super-fungi the prototaxites by growing them from their living contemporary descendants. These repeated resurrections increase in size, number and sometimes species diversity for each iteration. These images show the second ressurection for which I worked with four species of mushrooms housed within an indoor shrine. The Dead Gods will eventually be resurrected to the scale of some of the largest prototaxites found in the fossil record (see Projects in Progress page).

For ‘Dead Gods’ MacEwan has been collaborating with modern-day mycelium descendants of the ancient fungi giants, to resurrect the Prototaxites. Reminiscent of a science-fiction narrative, reanimating these now extinct life-forms examines the utopic desire to reverse the inevitable process of extinction. The ‘Dead Gods’ can be seen living and dying inside the ‘Dead Gods Shrine’ – a placenta that helps them survive, protecting them from contemporary elemental forces, and protects us from inhaling their spores.